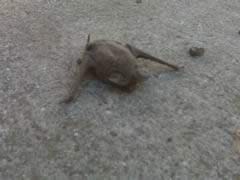 When it comes to carrying viruses that can jump to other species — so-called “zoonotic” viruses — bats may be in a class of their own. The flying mammals are reservoirs for more than 60 viruses that can infect humans, and host more viruses per species than even rodents do, new research shows.

“There seems to be something different about bats in terms of being able to host zoonotic infections,” study researcher David Hayman, a wildlife epidemiologist at Colorado State University (CSU), told LiveScience.

In recent years, bats have received a lot of attention for their virus-hosting abilities. They’ve been shown to carry a number of harmful infections, including rabies and viruses related to SARS (severe acute respiratory syndrome). Moreover, research suggests bats may be the original hosts of nasty viruses such as Ebola and Nipah, which causes deadly brain fevers in people.